Tips on Managing the Fiscal Cliff

Simone Bachaud is a partner in Knowledge Integration Solutions, LLC. With over 20 years in the Seattle business community, she has a great appreciation of business and what it really takes to create and have a business flourish. Simone's proven leadership and management skills are some of the keys to her success. She and her firm are longtime members of BizXchange. 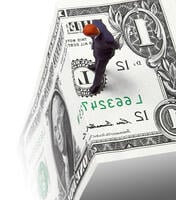 The Fiscal Cliff Deal: What It Means for You

By now, everyone has heard about the "fiscal cliff" bill signed into law on January 2, 2013, but what you might not understand is how it affects you. With that in mind, let's take a closer look.

What is the "Fiscal Cliff"?

The term "fiscal cliff" refers to the $503 billion in federal tax increases and $200 billion in spending cuts (according to recent Congressional Budget Office projections) that took effect at the end of 2012 and beginning of 2013--before Congress passed ATRA. It is the abruptness of these measures and possible negative economic impacts such as an increase in unemployment and a recession that has resulted in the use of the metaphor "fiscal cliff".

What Could Have Happened?

Further, in addition to a rise in tax rates, middle class and the lower-income working families are affected by the fiscal cliff in other ways--among them child-related credits and deductions for dependent care and education, and the EITC.

On January 1, 2013, Congress passed the American Taxpayer Relief Act of 2012, which President Obama signed into law the following day. The "fiscal cliff" bill, as it's referred to, extended a number of tax provisions that expired in 2011 and 2012, as well as increasing taxes on higher income individuals.

Child-Related Tax Credits. Child-related tax credits, used by families to offset their tax burden, have been extended under ATRA. The child tax credit remains at $1,000 and is still refundable. It is phased out for married couples who earn over $110,000 and single filers who earn more than $75,000. The dependent care tax credit is equal to 35% of the first $3,000 ($6,000 for two or more) of eligible expenses for one qualifying child.

Education. The American Opportunity Tax Credit, which was scheduled to revert to the Hope Credit ($1,500), has been extended through 2017. The credit is used to offset education expenses and is worth up to $2,500.

EITC. The EITC or Earned Income Tax Credit, which benefits low to middle income working families, is extended for five years through the end of 2017. In 2013 the maximum credit is $6,044.

Marriage Penalty. The larger standard deduction for married couples filing joint tax returns is retained ($12,200 in 2013) as is the increased size of the 15% income tax bracket. Generally, each spouse would need to earn income in excess of $80,000 (with no itemized deductions) in order to be hit with the marriage penalty; however, the higher your income, the harder you get hit with the penalty. Despite this, it usually makes more sense to file joint tax returns and not married filing separately. If you're not sure which filing status to use, give us a call.

Even if that dividend income is part of an IRA or other retirement plan (and not in and of itself subject to taxes), retirees in the highest tax bracket ($400,000 for single filers) will still be affected by higher income tax rates in 2013 of 39.6%.

Estate and Gift Taxes. The exclusion for a decedent's estate is $5,250,000 (adjusted for inflation) and the top tax rate increases to 40% for taxpayers with income of $400,000 ($450,000 married filing jointly). The "portability" election of exemptions between spouses remains in effect for decedents dying after 2012. The gift tax is increased to $14,000.

Pease amendment and PEP. The Pease amendment, which enabled wealthier taxpayers to get the full value of their itemized deductions, expired in 2012. As a result, taxpayers with incomes of $250,000 $300,000 married filing jointly) will see higher taxes, especially when taking into account higher personal tax rates, Medicare tax increases (see Higher Income Earners above), and the return of the personal exemption phaseout (PEP) provision in 2013 as well. Threshold amounts for PEP are $250,000 for single filers and $300,000 married filing jointly.

If you have questions or need help understanding how the fiscal cliff impacts you, don't hesitate to give us a call. We'll help you figure it out and plan ahead for the future.

Work Opportunity Tax Credit (WOTC)
The WOTC is extended through 2013 (retroactive to 2012) and includes a one-year extension of the enhanced credit for hiring certain veterans. When a business hires a person from one of several specific economically disadvantaged groups it may claim a Work Opportunity Tax Credit, generally equal to 40 percent of the first $6,000 in wages paid to a new hire.

While this summary outlines important tax changes for 2013, additional changes in tax law are more than likely to arise during the year ahead. Remember that all these tax benefits are available using your BIzX dollars. Don't hesitate to call us if you want to get an early start on tax planning for 2013. We're here to help!

›Thank You BizX Members For Making A Difference