BizX in the News 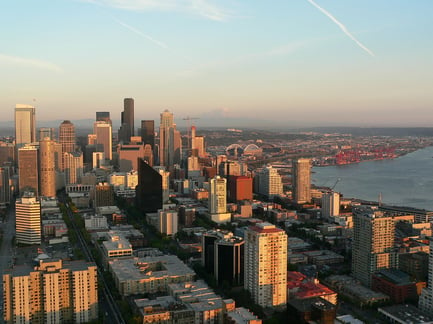 BizX is proud to be featured in the Puget Sound Business Journal. As the Covid-19 pandemic drags on, tenants and landlords are turning to alternative payment plans to make ends meet and BizX gives them those options.

Full article is shown below.

With rent due, tenants, landlords turn to Bellevue-based bartering platform --

Commercial rent payments are still being made thanks in large part to government aid and short-term lease deals that were struck when the pandemic began. But the Puget Sound market is bracing for what happens when those deals expire and the public monies are used up.

On the residential side, over 93% of apartment renters nationally paid all or part of their rent through May 27, up from just under 92% during the same period. This is according to a National Multifamily Housing Council survey of the owners of 11.4 million apartment units.

The organization cautions Covid-19 hardships won't end anytime soon and is urging Congress to approve rental help like what was included in the House-passed HEROES Act. In addition, NMHC wants government assistance to protect landlords with expanded mortgage forbearance.

As the Covid-19 pandemic drags on, tenants and landlords are turning to alternative payment plans, including a modern-day digital bartering exchange called BizX. Founded in the wake of 9/11, the Bellevue-based company's platform lets members turn their enterprises' excess capacity into spendable currency.

BizX member companies offer goods or services at full market value in exchange for "BizX dollars.” They then redeem those dollars for the goods or services of the other 7,000 network members, with BizX retaining a small transaction fee.

Larry Benaroya said the platform has members whose services it can use in the maintenance and operations of its buildings.

"We have accepted BizX dollars for part of the rent due in our leases and have found it to be a win-win," he said. "Barter is certainly even more relevant today."

The former Harbor Properties used the service with rents on some 20 apartments at the Harbor Steps towers in Seattle once paid with BizX dollars. Other local property owners use the service as well, Bagga said.

One Seattle-area landlord with mixed-use properties and mounting tenant debts turned to BizX, which bought more than $40,000 in gift cards from the landlord's four restaurant and retail tenants, turning it into 40,000 BizX dollars. Bagga said the landlord will use the currency to pay for routine expenses, while his tenants will erase their debts without spending cash.

BizX saw 30% year-over-year growth in new members in May, with May having seen more new members than April. Traffic on the platform increased 30% from Mach to April this year, the company said.

Seattle real estate attorney Shannon J. Skinner of K&L Gates said she is seeing mom-and-pop tenants get short-term rent deferrals with the hope they'll be able to reopen quickly once the virus is better corralled.

"National tenants are another story," she said. Landlords are looking at them more carefully to see they they deserve a deferral. "So they'll ask, for example, for financial statements or other evidence that they really can't pay."

Most tenants are getting deferrals than abatements, said another Seattle attorney, Aaron Laing of Schwabe, Williamson & Wyatt.

Both he and Skinner expect an uptick in new lease re-negotiations this summer or fall when the short-term deals expire and money from the Paycheck Protection Program runs out.

There are moratoria on evictions, but even if there weren't, many landlords don't want to throw tenants out.

"They're not a in a rush (to evict) because they're not going to find a new tenant quickly, and if the current tenant can recover in a month or two or three, they'll work with that," Skinner said.

Laing expects things to get worse for some retailers, especially restaurants, which have been closed for in-house dining since mid-March.

A lot of restauranteurs were hopeful that with two or three months of rent deferment they could hold on, Laing said. But with how long it is taking for the government to reopen, especially in King County, he expects many will close permanently.

If landlords default, the door will open to a lot of opportunistic buying. "I am already hearing the sort of licking of the chops, if you will," he said.

Laing added that the commercial office market is doing better, but there are murmurings about users giving up space over the long term as more people work-from home.